This masonry culvert is over 150 years old and carries the Berks and Hants railway line over an unnamed tributary of the River Dun at Little Bedwyn in Wiltshire.

The barrel is constructed of three rings of red brickwork. It has a span of 1.8m and a rise at the crown from the springing level of 1.09m. The thickness of the barrel is 315mm. The culvert has a brick invert with a length of 10.5m. A previous Detailed Inspection Report had identified that the culvert was in very poor condition with extensive cracking and dropped (by up to 110mm) and missing brickwork. Movement under live load was also observed. In fact, the report stated that the culvert was in such a state of disrepair that it would be dangerous to enter for any future inspections. The barrel, therefore, had to be extensively propped and before the areas of faulty brickwork could be identified.

Before the MARS System MARS System could be installed, it was found that part of the barrel had to be re-cased and dropped and missing bricks were repositioned/replaced and pinned. When re-casing, a maximum of three bricks were taken out and replaced at any one time. Given the very limited workspace available, this was an extremely time-consuming operation.

The design railway loading comprises an LM71 train with 4No 2.55 tonne axle loads at 1.6m centres. The value of ⍺ was taken as 1.1 and the dynamic factor was calculated at 3.98. 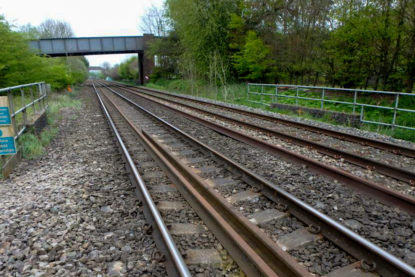 The Berks and Hants Railway line 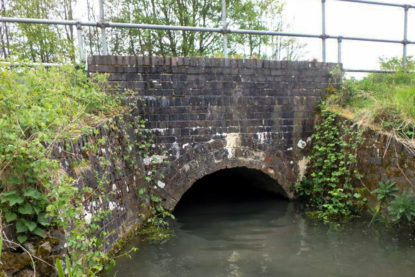 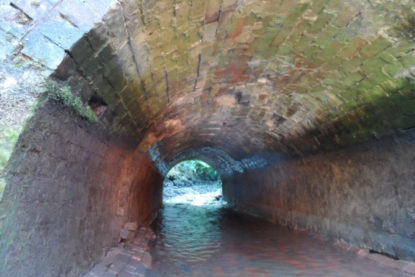 After the water diversion

The unnamed tributary was diverted 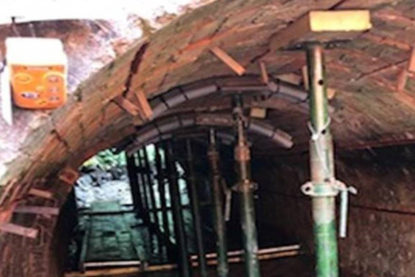 The inside of the barrel

Propping during the MARS installation 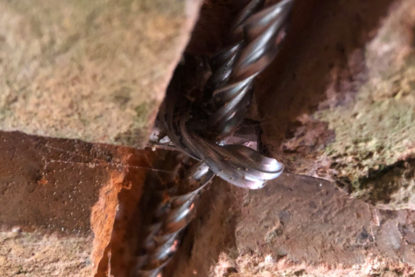 Detail of the MARS system prior to Marflex injection.