The 8.5m span Unsliven Old Bridge was originally built in 1730s as a narrow stone bridge for horses and pedestrians only. It was extended on both sides in 1796 to enable it to carry carts as well as horses.

In circa 1980, a strip of stonework on the crown of the west arch extension was cut-out to accommodate an electricity cable in a 75mm diameter plastic duct, thus weakening the arch.

In 2013, the west and centre sections of the bridge were assessed as being understrength. It was proposed to replace the bridge but local residents were so outraged they successfully campaigned against this and Goldhawk was called in to install the MARS System to bring the bridge up to full capacity.

It was found that, as the centre section had a relatively thin barrel, it could not be brought up to full strength using the MARS System alone. However, when the MARS System was combined with a lightweight foamed concrete fill, the bridge was able to be upgraded to accommodate full highway loading. 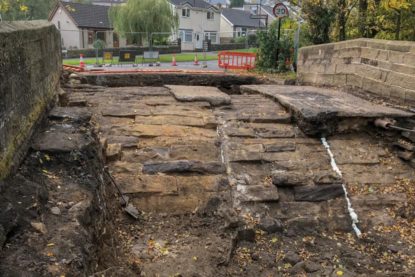 Damage to the bridge

Exposed ducting and cabling installed in the 80s, causing damage and weakening of the bridge. 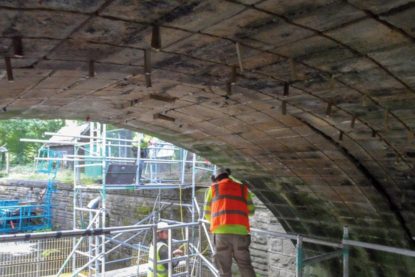 Due to support from local campaigners the bridge required sympathetic strengthening and restoration. 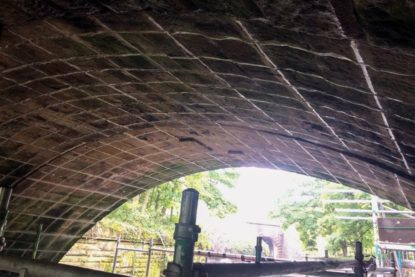 Careful finishing at the underside of the arch

The MARS system combined with a lightweight, foamed concrete fill. 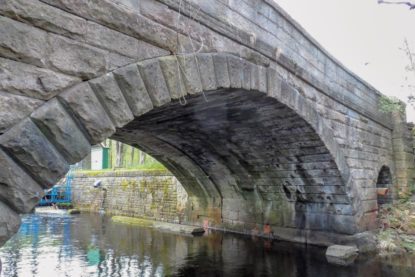 An unrestricted bridge was delivered at a fraction of the environmental and monetary cost of a replacement.